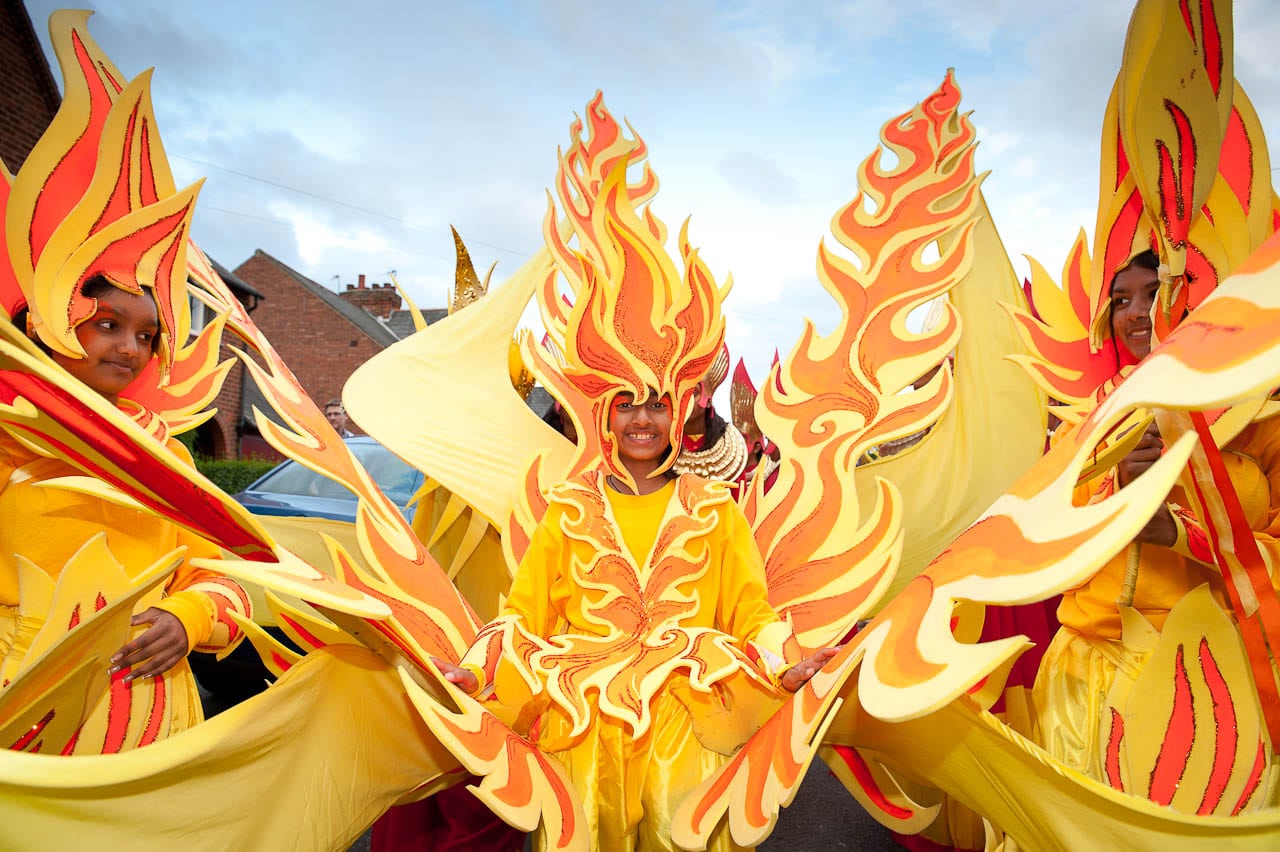 When everyone is carrying a camera how do you find a different angle?

The arrival of the Olympic Torch in Derby brought thousands of people out onto the streets, all hoping to witness this historic event happening on their doorstep. There were choices to be made – to wait for it to pass near your home, or go to one of the designated “event” locations. In Derby this meant the Market Place and Darley Park. I chose the park option which turned out to be rather disappointing as an event: it was a Corporate Sponsor showcase for Coca-Cola, LloydsTSB and Samsung, featuring some gymnasts and a rather lacklustre R&B singer, and a lot of waiting around. From a photography point of view it offered limited opportunities apart from the actual lighting of the Cauldron (which was over in seconds). I walked out of the park onto Duffield Road, where I found hundreds of people lining the streets waiting for the torch. There was more of a buzz of anticipation, the atmosphere  helped by the drummers who were part of the parade waiting to lead the way back into Derby after the torch arrival. I got some shots of excited children waving flags, and the performers in the parade, who had to wait on a side street for hours all dressed up in their carnival costumes. 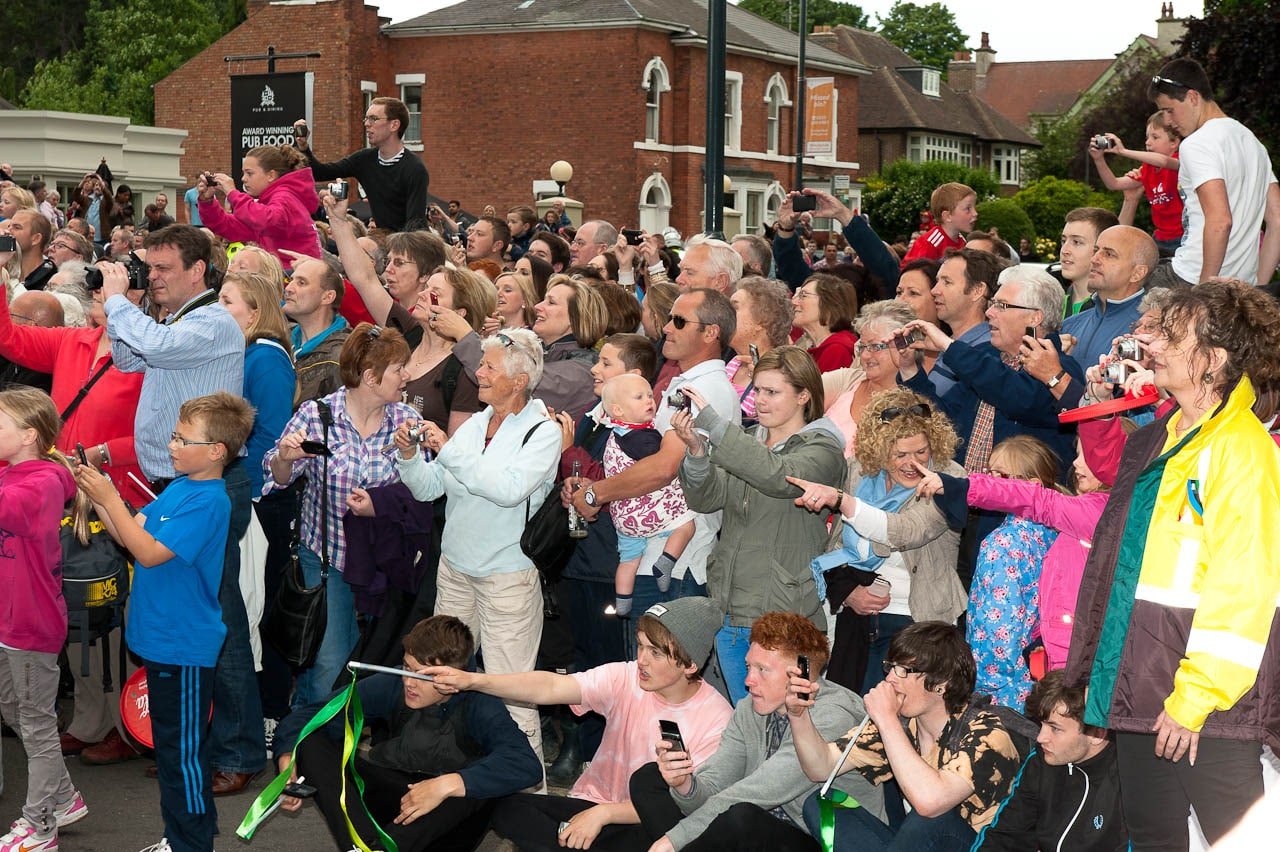 Reviewing the coverage in the media some of the pro photographers got fantastic shots of key moments: the torch “kiss”, lighting the cauldron, etc. but they obviously had powerful zoom lenses, and access to the best vantage points for capturing the action. I was travelling light, with just my 24-70 mm lens, so was limited in being able to get any real close-ups of the torch itself. I concentrated on “people” shots, and the vivid colours of the performers’ costumes. When the torch finally arrived the whole thing was over very quickly, but as there was a change-over at the Broadway roundabout there was a chance to grab some photos. Suddenly everyone in the crowd was pointing a camera, phone or even an iPad and it was quite difficult to get a clear view.

I was using my Nikon D700 (full frame sensor) with a Nikon SB-800 Speedlight to supplement the available light and fill-in shadows. It was a light evening, but the flash helps pick out the main subject against the background – very useful in a crowd. I set the shutter speed to around 1/100th second  to avoid camera shake, and adjusted aperture and ISO to balance the flash with the available light. This meant that at times I was shooting with quite a high ISO, but the full frame sensor really helps in reducing noise in the images.

Photos were processed in Adobe Lightroom 3 – minor tweaks to enhance contrast and vibrancy of colours. 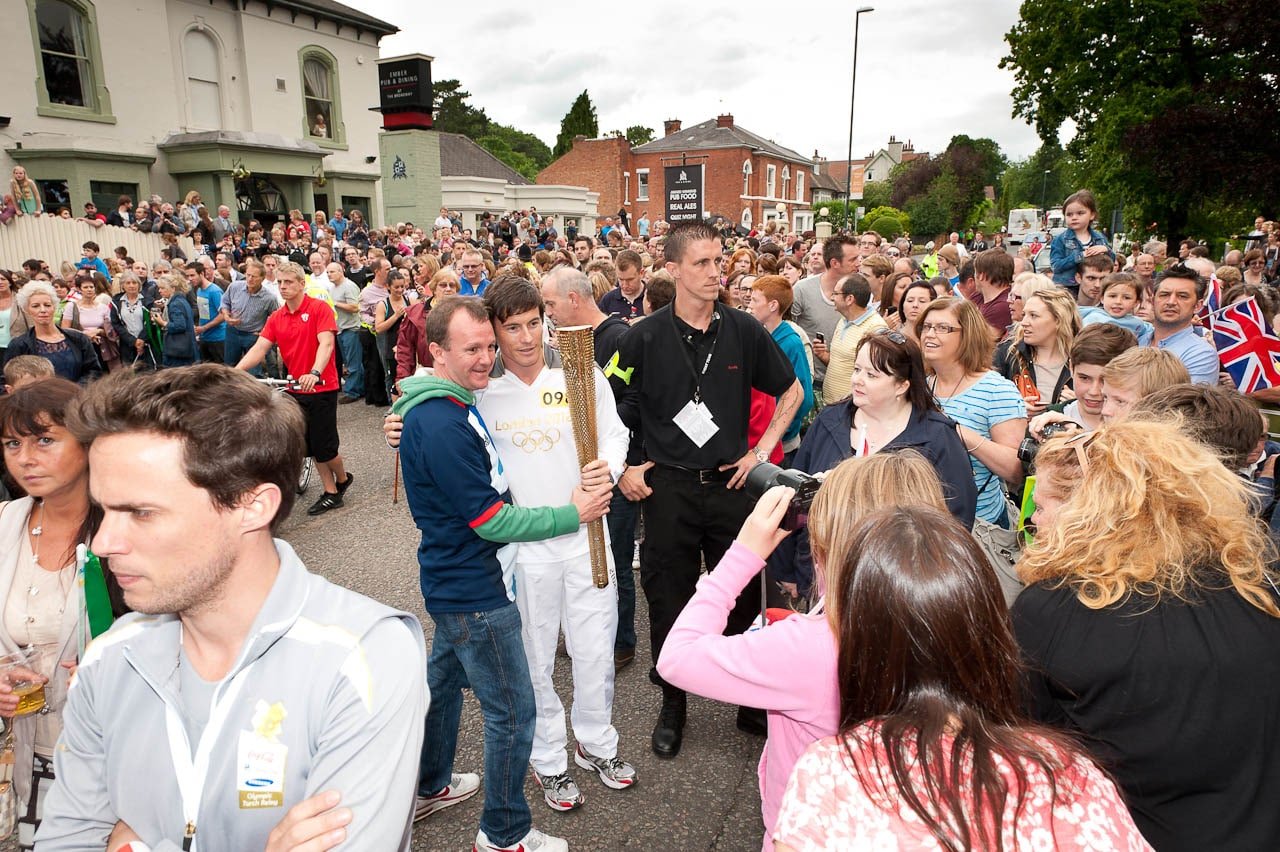 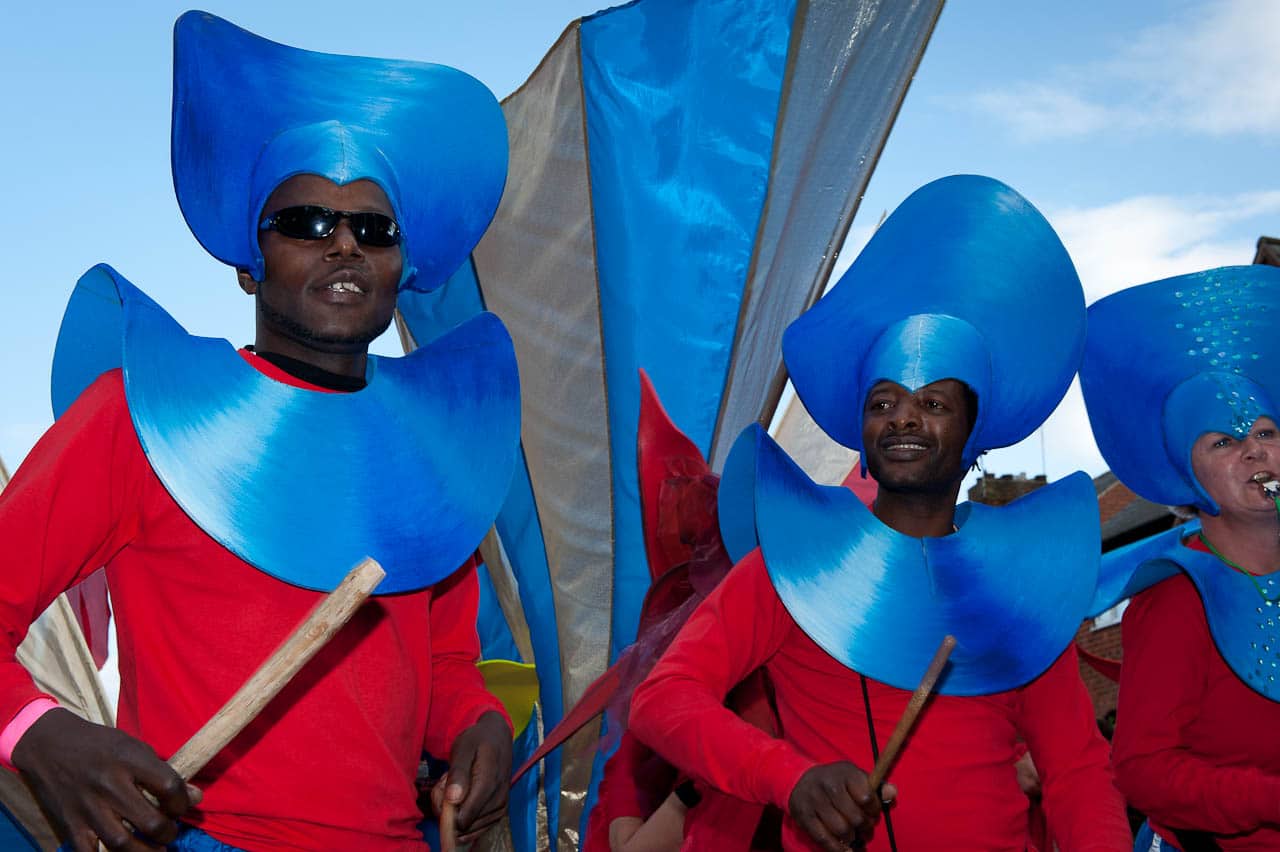