Shooting in the dark

When the clocks go back many people pack their camera away, believing that the lack of light in the winter months prevents any interesting photography. However, the dark days of winter offer different opportunities. In this article I’m going to discuss my views on how to get the best results from low light photography, particularly indoors.

The challenges of low light photography

Being able to take pictures in seemingly impossibly dark places has always fascinated me: when I began learning photography (back in the days of film, wet processing and darkroom printing) the maximum film speed available was ISO 400, which meant that a dull winter’s day presented challenges. Even if you opened the lens aperture to its widest setting you still might be using a shutter speed of 1/30th second or slower – not great unless you like blurred photos! I soon discovered that photographers I admired such as Don McCullin coped with poor light and produced their gritty black and white documentary shots by “cheating” the camera: they would use Kodak Tri-X (rated at 400 ISO) but “push” the film speed to a higher number (such as 800 or 1600 ISO) so that the meter read the light as being brighter than it actually was. The film would of course be under-exposed, but by a known amount. When processing the film it would be over-developed by a corresponding amount to produce useable negatives. A side effect of this “push-processing” was that there was a noticeable increase in film grain which is technically “wrong” but gives the images a feeling of rawness that adds to their authenticity. Once I’d mastered this technique I began to relish photographing in challenging lighting conditions whenever possible.

Of course the alternative solution to a lack of light is to use a flash. However, because all the light is coming from one point just above the lens the images often look a little “flat” and lacking in atmosphere. I realised that what I really like about photography is being able to capture the ambient (available) light in a scene, whether it’s a landscape, a moody portrait lit by a window, or a rock band in full flight. So, remember to switch off your flash!

Film technology improved over time and it became possible to buy film rated at 3200 ISO – still grainy, but less complicated to process in the darkroom. I embraced this film as it was perfect for photographing bands on stage, where the lighting can be unpredictable, or practically non-existent! I was inspired by people like Pennie Smith who worked for the NME, covering gigs and tours by bands such as The Clash. Her photos were memorably hard-hitting, high contrast black and white, and suited the music perfectly. The key with these photographs was that the image was paramount – how it was achieved and its technical qualities were secondary.

The advent of digital cameras presented a whole new set of challenges for someone who’d grown up in the world of film.
My first experience of shooting live bands on digital was with a Fuji compact camera with limited ISO range – the resulting photos were disappointing – poorly exposed and horribly grainy, to the point of being unusable. When increasing the ISO on digital cameras you’re actually increasing the “amplification” of the light. The higher the amplification the more errors (known as “noise”) that are introduced. With a small sensor this creates really unpleasant blotches of colour, like a badly tuned TV. Initially the image quality from even expensive cameras was disappointing, to say the least, but the technology rapidly improved, and cameras began to offer a wider range of ISO settings. 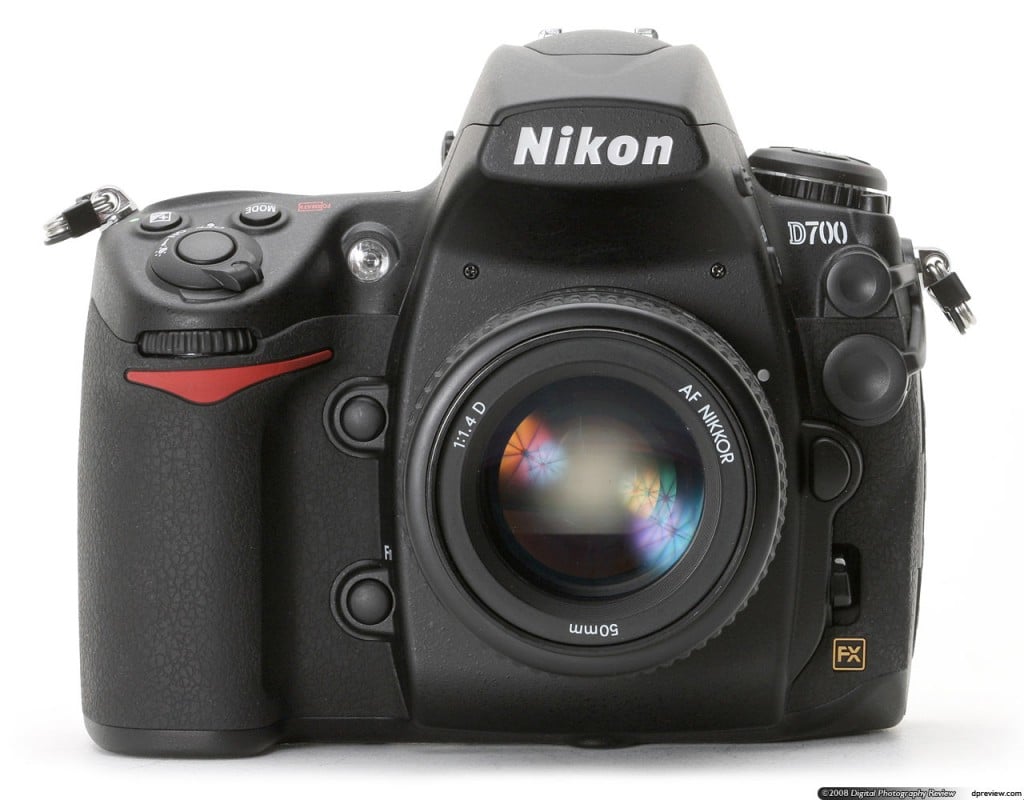 I became fully convinced of the worth of digital when manufacturers introduced SLRs with digital sensors the same size as a 35mm film negative (36 x 24 mm) known as full frame sensors. The larger surface area of the sensor produced much higher quality images, and also meant that the pixels were not crammed together as they would be on a sensor half the size. The Nikon D700, though offering “only” 12 megapixels, is excellent for shooting in low light with high ISO settings. The reason for this is that the individual pixels are further apart so even when shooting at ISO 6400 the image “noise” is acceptable, and even looks a bit like film grain. The other benefit of modern digital photography is the ability to apply noise reduction to your shots at the editing stage. I shoot RAW files rather than JPEGs, and process them in Adobe Lightroom CC which gives me incredible control over the outcome of my shots. The “Detail” panel in Lightroom allows me to modify the level of noise in the shots, though I don’t try to remove it completely.

In an era of cameras with a high pixel count some people will tell you that 12 MP isn’t enough, and there is some truth in this argument. I’ve tested the 36 megapixel Nikon D800 on a studio shoot. I had plenty of studio lighting so the ISO was set to 100 and the results were spectacular – smooth tones and very fine detail. However, I used the same camera for a pub gig in very low light, shooting up to ISO 12800 and the results were disappointing: the images were larger, but not significantly better than those produced on my D700. Because the sensor has remained the same size but with three times as many pixels squeezed in there is a limit to how high it’s possible to push the ISO sensitivity before encountering a drop in quality. For shooting in low light I find the old Nikon D700 provides great results despite it’s lack of pixel power.

My equipment for low light photography

Everyone has their own preferences, but I love working with shallow depth of field and high ISO because the resulting images have a look similar to that created by photographers back in the days of push-processed film. All my lenses are “fast”: they have a maximum aperture of f2.8 (or wider) which means they gather twice as much light as a lens with a maximum aperture of f4, and four times as much as a f5.6 lens: all-important when working in low light. These fast lenses are more expensive but well worth the extra investment as they allow you to select a faster shutter speed.

My favourite combination is a long focal length lens (between 80 – 200 mm) set to f2.8 with the ISO on at least 3200, sometimes 6400. This means that I can maintain a fast shutter speed of around 1/200th second (essential to avoid camera shake when using a long lens) and still capture useable shots in venues with limited stage lighting. The wide aperture creates shallow depth of field, throwing the background out of focus. I think the resulting shots have more atmosphere, particularly when converted to black and white.

You should experiment with camera settings to find what works for you, but don’t be afraid to push your camera to the limits – you might be surprised what it can do!