In 1984 I was in the second year of the BA (Hons) Photographic Studies course at Derby College of Higher Education (now the University of Derby). I was commissioned to produce photographs for a group exhibition to be held at Impressions Gallery, York, titled “Roads To Wigan Pier”. During July and August of that year I travelled around the North of England exploring what was to me an unfamiliar landscape. At that time Lewis Baltz and his fellow topographers had a huge influence on the way I viewed the world. I enjoyed their cool, detached style, and the focus on urban environments. However, while The New Topographics movement was concerned with documenting suburban sprawl in the New World, my images focused largely on the decline of the industrial Old World. A selection of the resulting images, given the name Roads To Wigan Pier, was shown at Impressions Gallery, York in October 1984.​

The following year I reprinted the images, along with a new selection from the hundreds of negatives I had shot. A hand-made book of the resulting 25 images formed part of my degree show. ​

The photographs were taken in and around Bradford, Rochdale, Oldham, Nelson and Blackburn, all shot on ILFORD film with 35mm Canon AE1 SLR and 6×6 Minolta TLR cameras, and printed on ILFORD Galerie FB paper.

I was prompted to dig the book out of the attic because Impressions Gallery is celebrating its 40th year in business, and they decided to show the original exhibition again as part of their celebrations.

The black & white images featured here were scanned from the original prints.​ 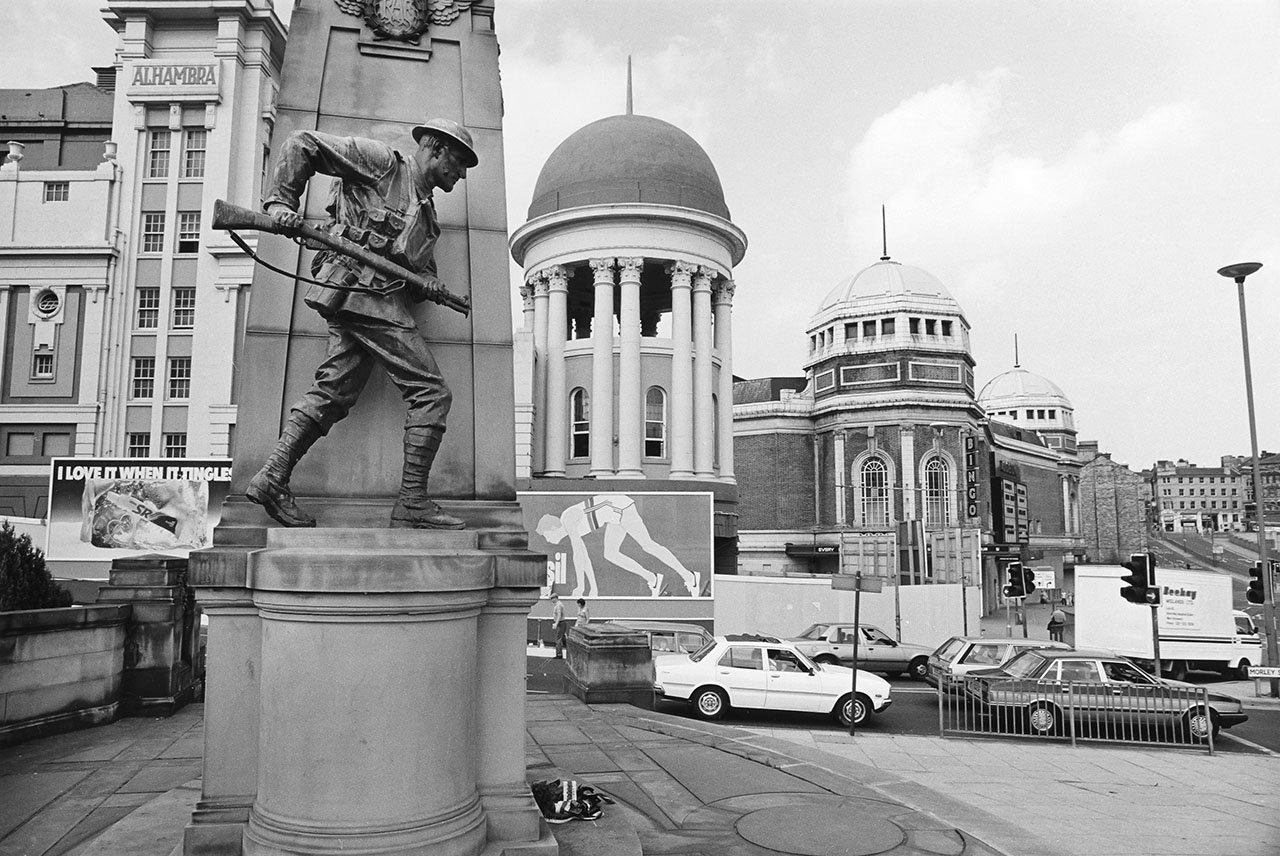 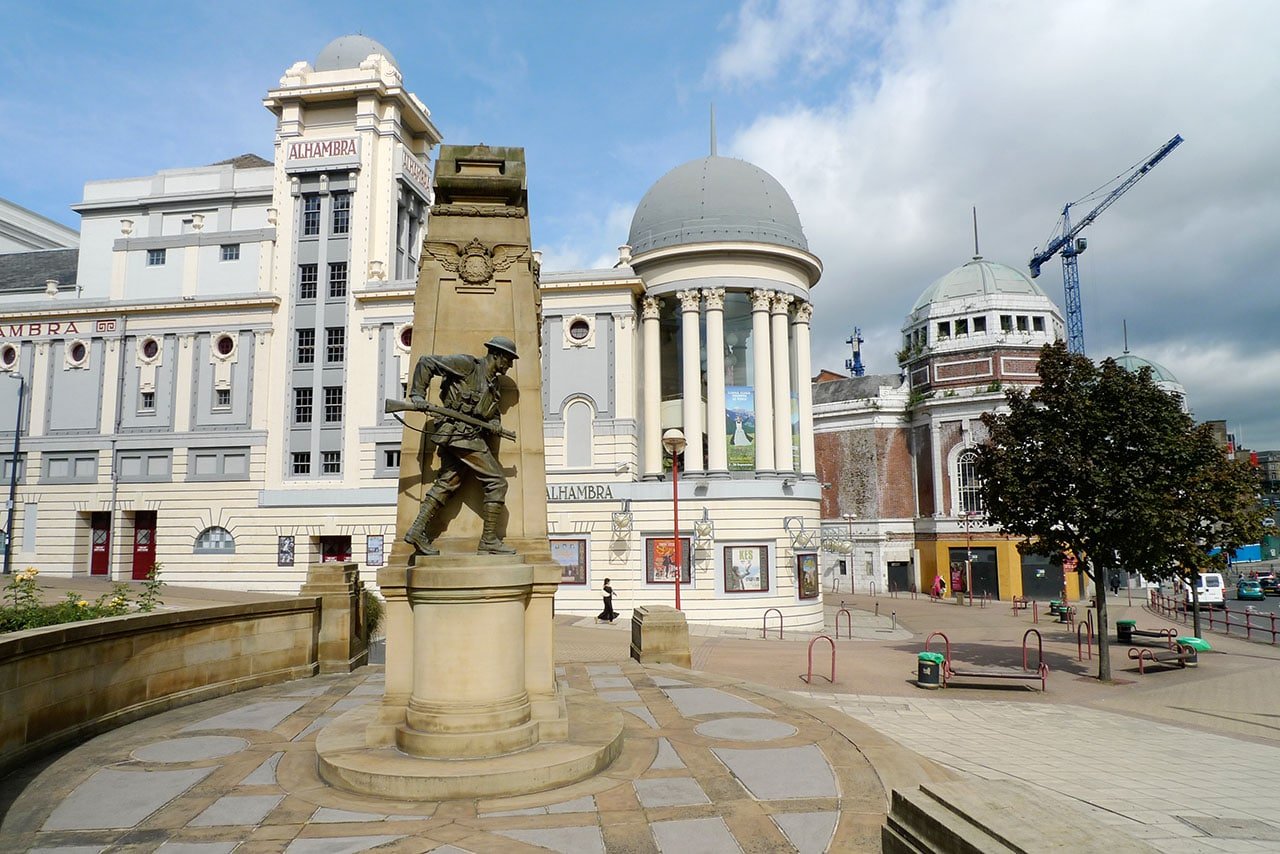 While scanning the prints I had time to look at them closely for the first time in nearly 30 years and to consider what has changed – superficially, a lick of paint on The Alhambra, and the absence of traffic in the later picture. In 1984 Britain was still in the middle of the Miners’ Strike, with police convoys trundling up and down the motorways, and everything did seem pretty bleak. A city such as Bradford no doubt still has its problems, but certainly seems a brighter place now. The images below suggest that not so much has changed in the suburbs of Wigan but at least we can now navigate our way through the streets of Worsley Hall remotely thanks to Google Streetview. 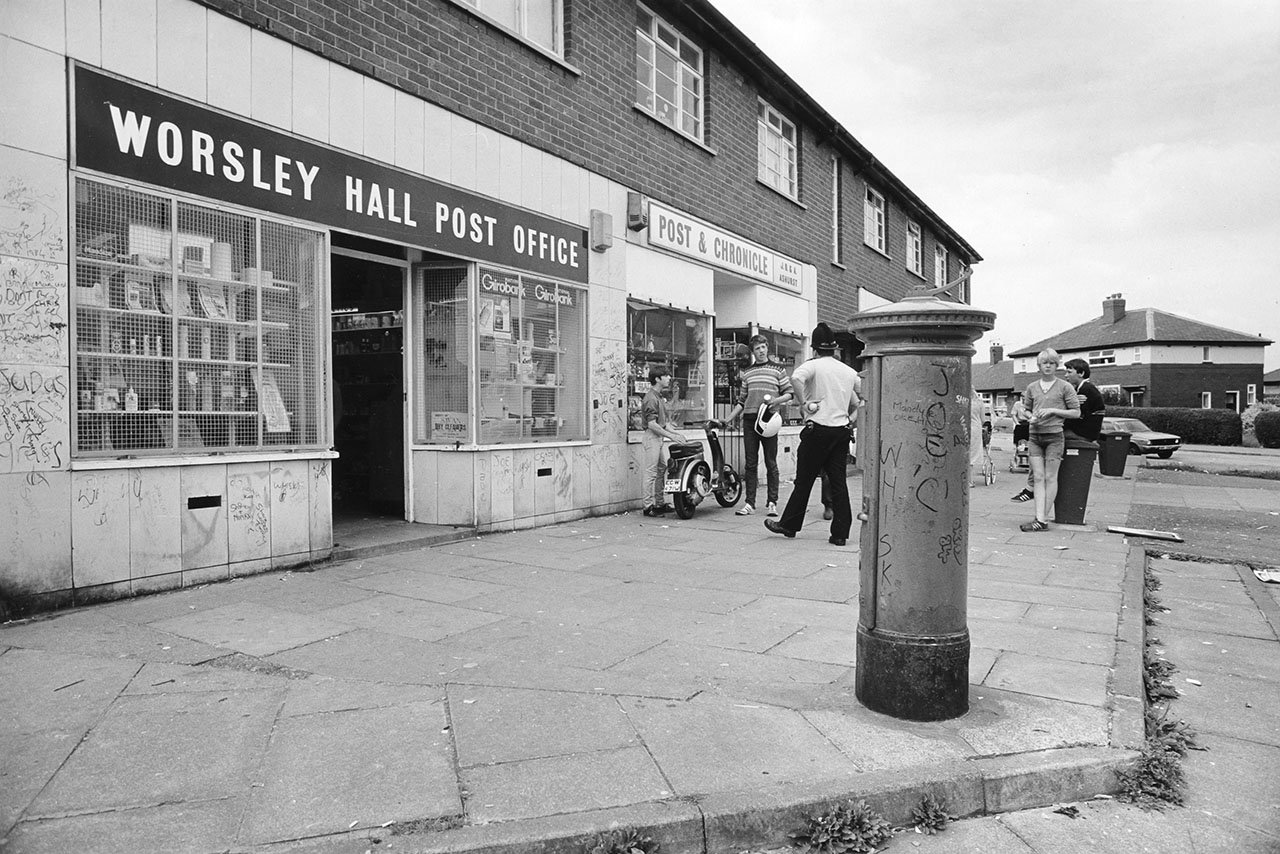 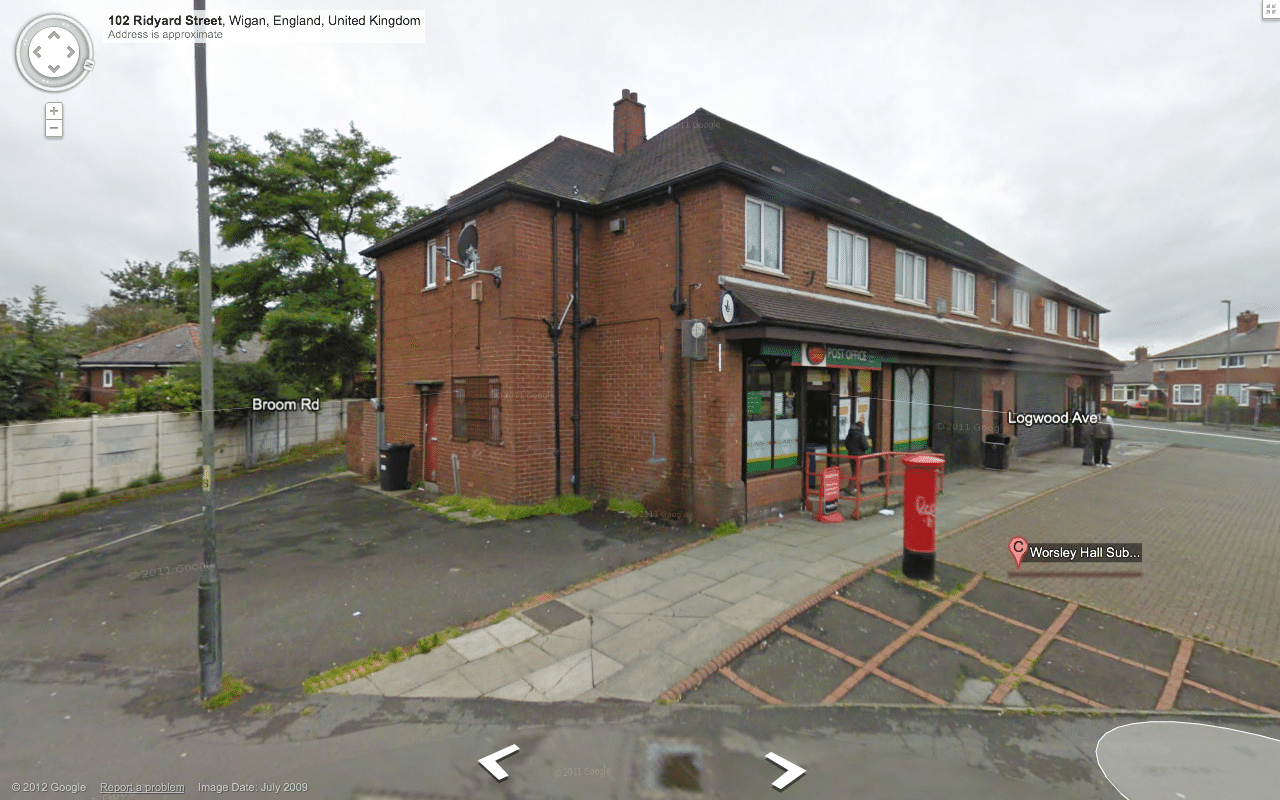 I have uploaded the set of photos to Flickr and also created a new version of the original book, titled New England, as a Blurb hardback book and digital eBook.